Atlanta’s First Woman of the Year

World War II brought many changes to the house at 320 West Paces Ferry, most noticeably in the lack of the staff; particularly the men, who likely opted for higher paying factory jobs. Atlanta, like the rest of the country, was thrown into supporting the war effort. May immediately heeded the call for help by joining the Red Cross as Director of Blood Donor Center on Peachtree Street. It was here her organizational talents truly shined. She approached the 600 % increase in demand for dry plasma like an enlisted officer, approaching businesses with a quasi-corporate sponsorship equivalent to mass donations of blood. 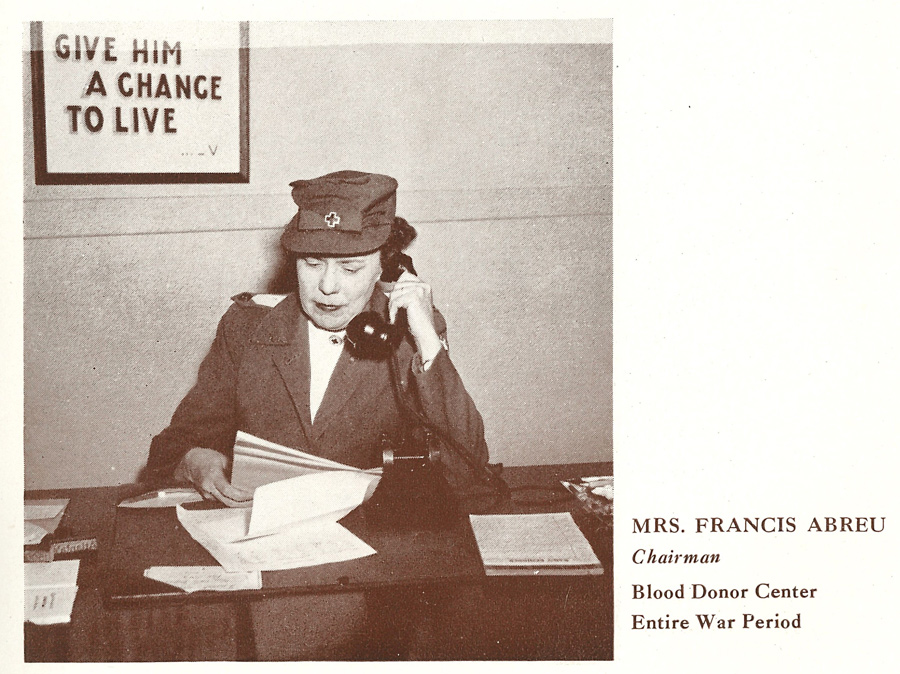 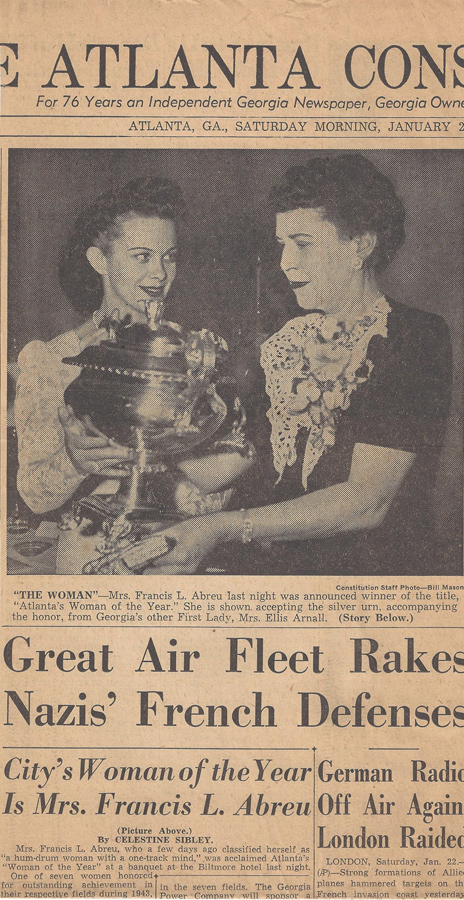 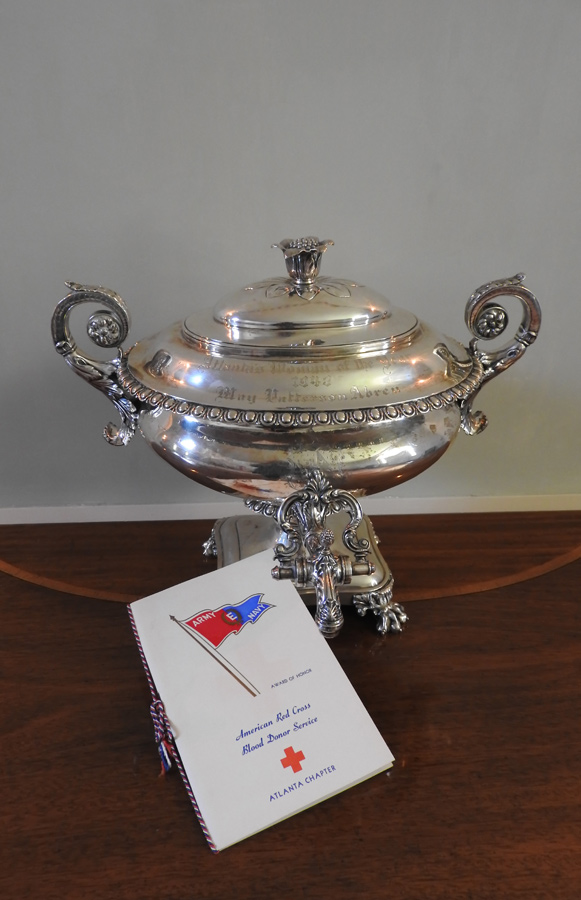 So efficiently run under May’s direction, the center was awarded the highest honor of the Army-Navy “E” Award for two consecutive years. Her efforts had resulted in 90,442 registered donors, 30,346 through the Mobile unit, and a total contribution of over 150,000 pints of blood. Throughout the years, she saved her typed and annotated acceptance speech, poignantly expressing her belief in Allied victory and a soldier’s return to a life swept off course by war.

That same year, a committee of fourteen women was established under the direction of Charles H. Jagel of Davison’s Department Store to select seven women of Atlanta who had made outstanding contributions to their community. May was selected as both the Woman of the Year in War Effort and Atlanta’s Woman of the Year. The January 22, 1944 Atlanta Constitution article, accompanied by a photograph of May wearing a simple short-sleeved dress with a wide lace collar and accessorized with modest pearl and diamond earrings accepting the urn from Georgia’s First Lady, boasted “City’s Woman of the Year Is Mrs. Francis L. Abreu.” The article describes May characterizing herself as “a hum-drum woman with a one-track mind.” Attended by hundreds of prominent Atlantans, the dinner at the Biltmore Hotel must have been a milestone in May’s life; a girl who grew up in the rough and tumble, blue-collar Castleberry Hill district at the turn of the century and likely never finished high school.

But perhaps it was that very hand of cards she’d been dealt early in life which made her uniquely qualified for the task at hand during World War II. Oral histories tell the story of a woman who was deeply altruistic and identified with less-fortunate souls throughout her lifetime. Nine mutts from the local humane society had the run of her five-acre property and mansion. She generously sent two children of her staff to college, and purchased a home, car, and gifted Coca-Cola stock for the retirement of two beloved staff members who cared for her until her death in 1976. It seems May was a woman who heeded the call to action throughout her lifetime.