Born in 1884 in Bitton in Gloucestershire, England to Henry and Louisa Sanders Millard, Herbert Millard was the third of eight children. While his father worked as a porter for the railroad, Herbert began his career around the age of 11 as an indentured apprentice in Bath, working for five years under a practicing woodcarver before becoming a full-fledged journeyman. By 1903, he immigrated to the United States, travelling across the continent to San Francisco where his sister had settled. But the Midwest, and particularly, Cincinnati, Ohio was where work for a woodcarver was booming. By the 1880s, Cincinnati had become one of the largest centers for furniture manufacturing and it wasn’t long after Herbert arrived in the bustling city that he hung his shingle out on Pearl Street. At that time, there were over 100 woodcarvers working in the city. By 1943, thirty years later, there was only one, and he was closing shop and moving to Atlanta.

While we don’t know where they met, in 1926 Philip Trammell Shutze specified Millard’s work for the Bobby Jones Room in the East Lake Golf Clubhouse. By 1928, Philip commissioned him to create an elaborately carved wood paneled library for Swan House, Edward and Emily Inman’s English Baroque style mansion on Andrews Avenue. From that point on, his work was considered one of the hallmarks of a beautifully designed and well-appointed Atlanta home. In 1930, he chose Millard’s work to grace the Goodrum House staircase created with deeply carved stair brackets inspired by the 1745 pattern book, The British Architect by Abraham Swan, along the living room fireplace, and the plaster cornucopia baskets and swags above the doors bursting with Southern flowers: magnolias, hibiscus, roses, yarrow, and morning glories. Typical of the practice of working with architects, Millard created the carvings directly from Shutze’s drawings and specifications. In addition to the molds for the floral plaster ensembles in the living room, it’s likely he created the carved molds for both the plaster umbrella and ivy ceiling medallion, and the cornice of scalloped arches adorned with bamboo and ivy in the dining room.

Restoration of Millard’s work at Goodrum House was carried out with meticulous attention to detail. Previously stripped of their original paint and spray-painted at a later date, not one of the stair brackets were fully intact. Bumped into over the years, each one was missing a number of elements—flower petals, Rococo flourishes, or tiny waterfalls carved out of linden wood. Each bracket was numbered, removed from the staircase, photographed, stripped, and then carefully sanded by Steve Tillander of Restoration Craftsmen. Next they were housed in plexiglass boxes and sent to the woodcarver, Shawn Smart. Shawn drew inspiration from the other brackets to recreate the missing piece. The brackets were painted in the studio and then replaced in their original positions.

Attention to the living room ornamentation was equally painstaking. Steve and Harold Tillander, together with Keith Miller spent eighteen months removing thirteen coats of paint from all the wall surfaces, including the fireplace mantel, cornices, and surrounding carvings above the doors. Minor repairs were made to the plaster overdoor surround going into the library, and an area of the cornice above the northwest window where a fire had taken place probably in the 1950s. Paint analysis had been completed on the living room walls and ceiling in 2010 and the room was returned to its original 1930 “Delphinium Blue” walls and flesh tone ceiling.

In 1943 with his acceptance of the daunting commission to create the Whitehead Memorial Room at Emory University Hospital, Millard decided to permanently relocate his family to Atlanta. Created in the style of Gringling Gibbons, an eighteenth-century woodcarver in England with whose work he was likely familiar, the entire room took over three years to complete. Throughout the 1950s and ‘60s he continued to work on numerous projects throughout the Southeast. Finally, in 1972 at the age of 87, President and Mrs. Nixon called upon Millard to create ornamental plaster cornices and ceiling medallion in the Blue Room of the White House. That same year he collaborated with architect Edward V. Jones on the carved paneling, doors and fireplace for the John Quincy Adams State Drawing Room at the State Department in Washington, D.C. His knowledge of eighteenth-century woodcarving and meticulous attention to his craft led to his reputation as a Master Woodcarver. Millard passed away on October 31, 1978 at the age of 94. 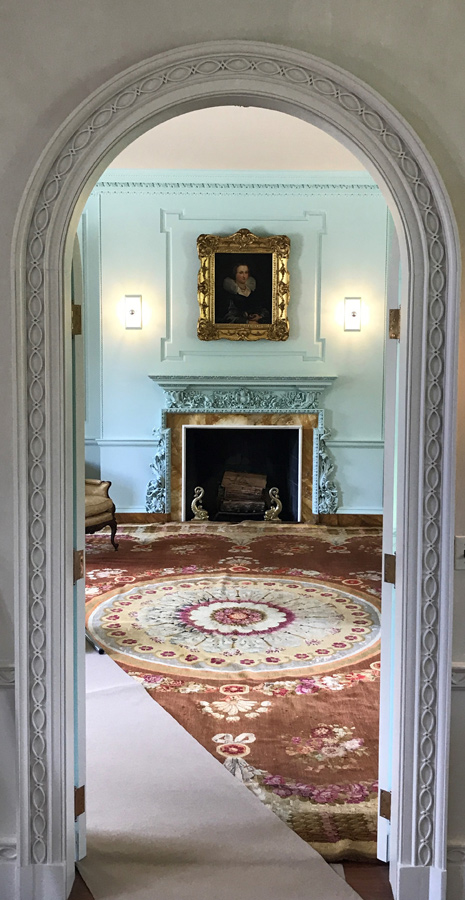 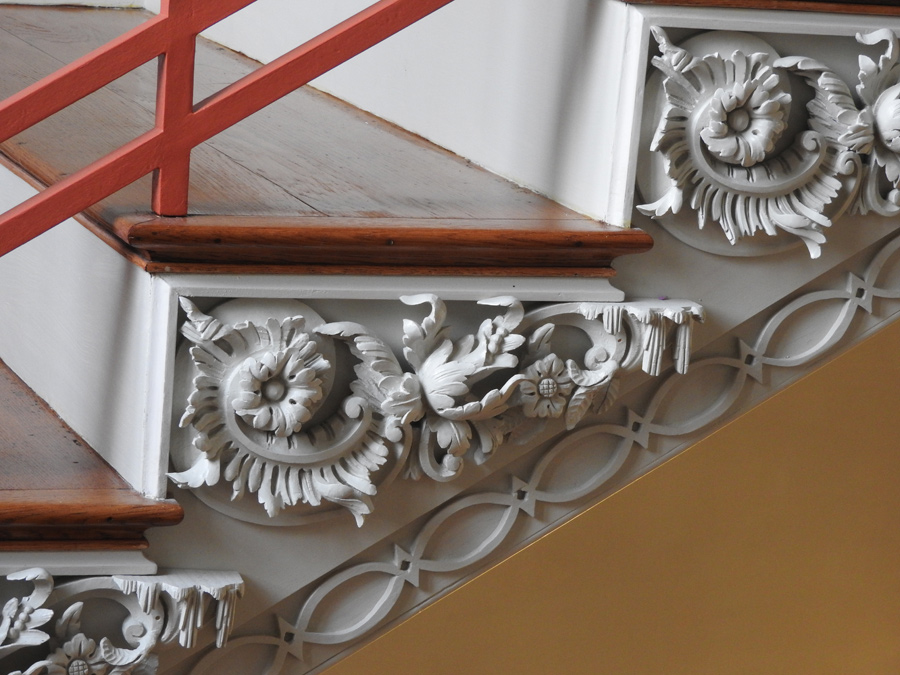 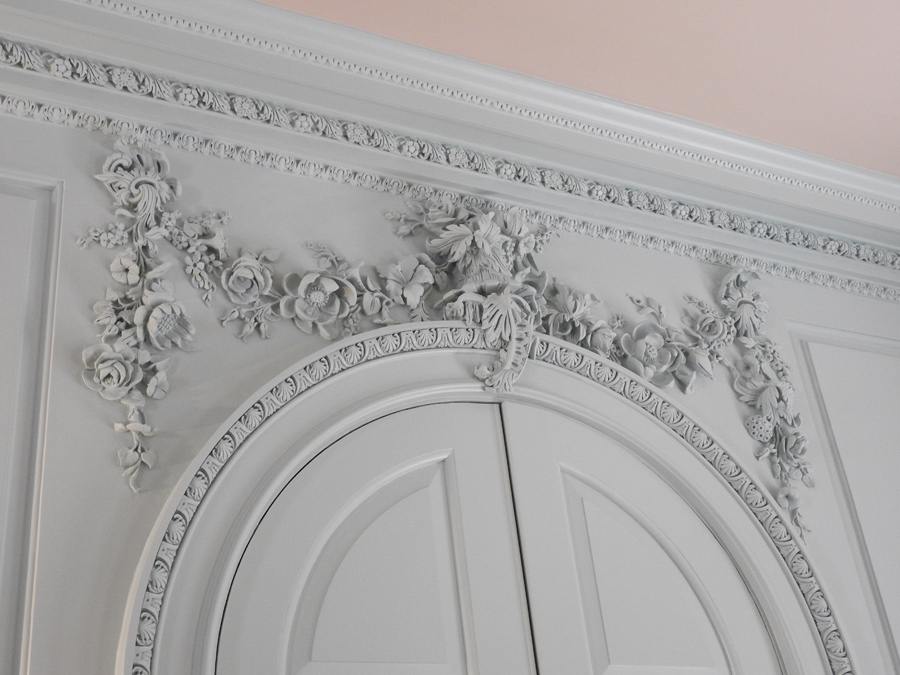 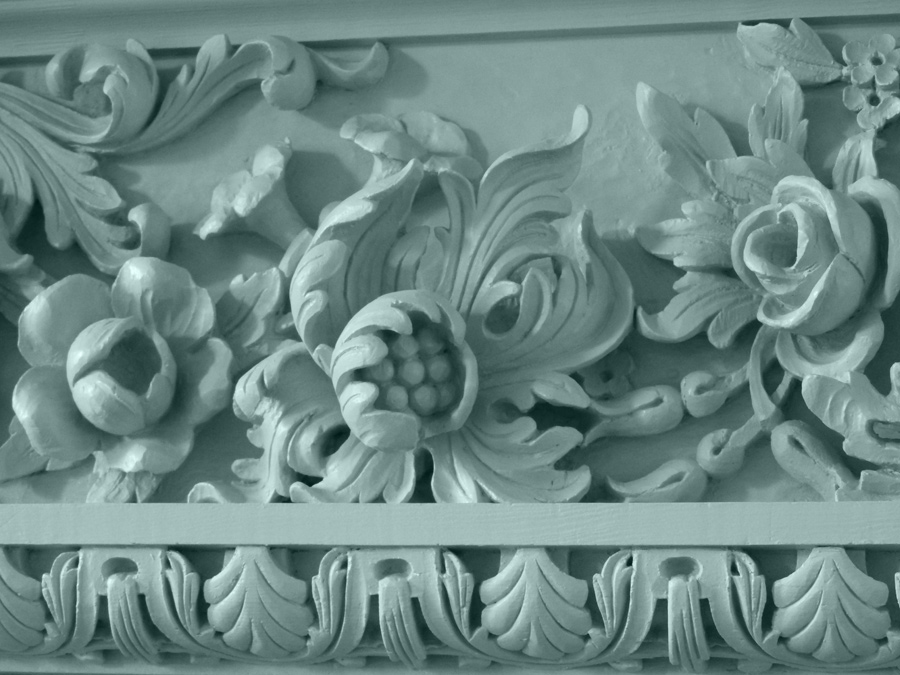 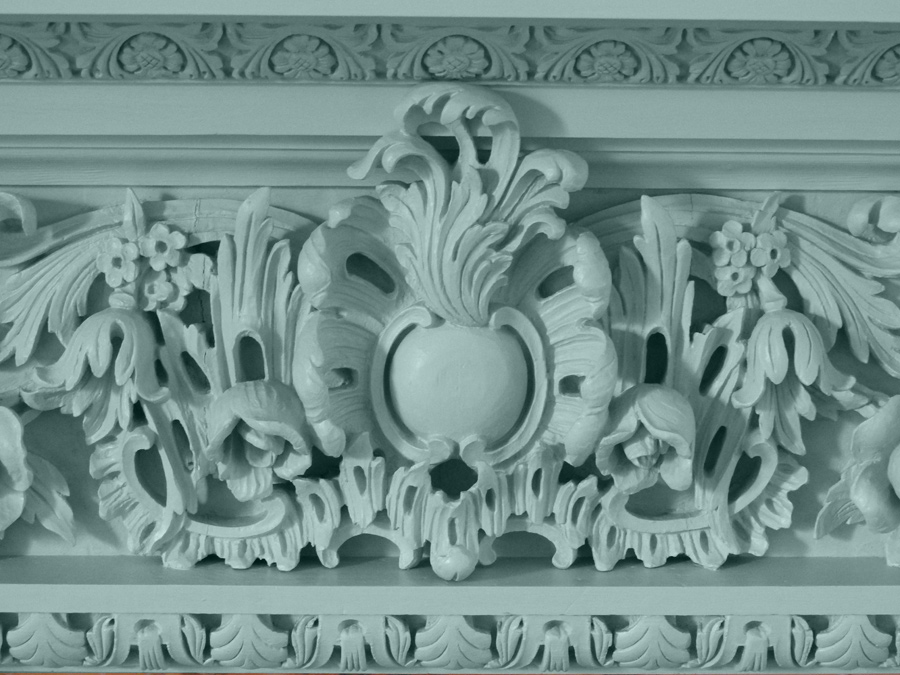 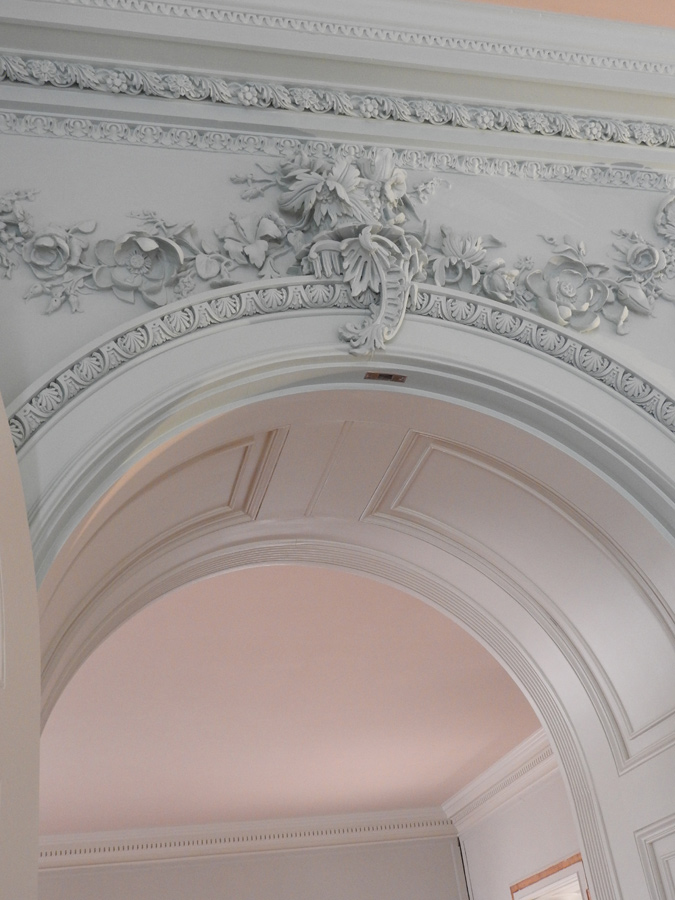 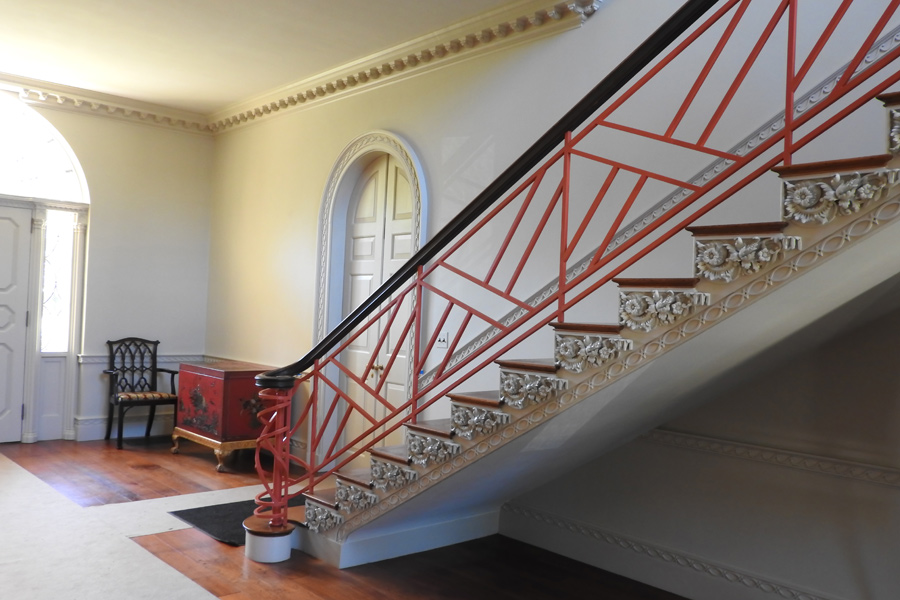