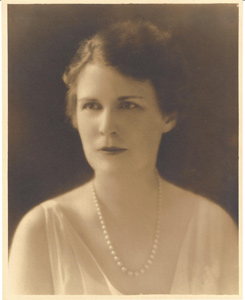 Born on August 26, 1891, May Elizabeth Patterson was the third and only surviving daughter of Mollie Huff and William J. Patterson. May’s early life was centered in Castleberry Hill district; a rough and tumble section of town punctuated by retail stores, meatpacking warehouses, and the north spur of the Southern Railroad. William and his brother Sanford were proprietors of a stonecutting business on Stonewall Street. With the failure of the business, William left the family in 1914, moved to Winder, Georgia and passed away five years later.

May likely never finished high school. By 1908 she worked to support herself and her family, taking on positions in Jacobs Pharmacy and Rich’s Department Store, finally rising to middle management. According to the 1925 Atlanta City Directory, she joined Alice Porter in an antiques firm named Porter & Patterson for two years. By 1926, life for May Patterson was about to change.

James Jefferson Goodrum was born on August 29, 1879, in Newnan, Georgia. Attending the University of Georgia until 1899, Goodrum became the proprietor of a successful chain of retail tobacco stores in Atlanta. By 1911, he sold his company and joined the brokerage firm of Robinson-Humphrey-Wardlaw Co. and was eventually hired by Ernest Woodruff as manager of the bond department of the Trust Company of Georgia. In 1914, he married Elizabeth Emerson High, whose mother, Hattie High, supported the Atlanta Art Association by donating her residence on Peachtree Street which ultimately became the High Museum. Within two years of marriage, Goodrum found himself a widower and one of Atlanta’s most eligible bachelors. 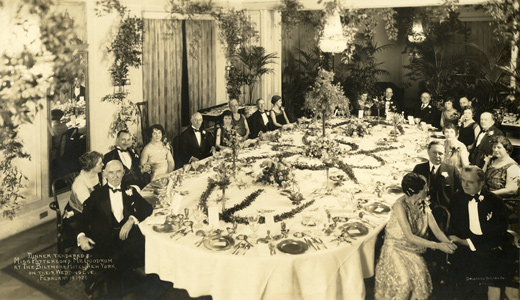 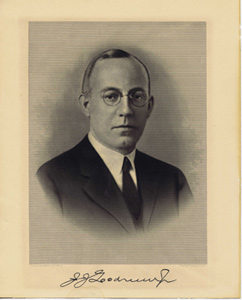 Where he and May might have met is pure speculation. May’s confident and charming personality perhaps caught the eye of Atlanta’s most eligible bachelor in the early 1920s. By February 1926, May and he hosted a wedding dinner at the Biltmore Hotel in New York City before solemnizing their vows the next day at The Little Church Around The Corner on East 29th Street in New York City. The Atlanta Constitution reported a veritable Who’s Who of Atlanta’s glitterati attending the event, including Emily and Edward Inman, Mary and John Goddard, T.K. Glenn, and J.J.’s boss, Ernest Woodruff. The commemorative photo of the dinner shows a table surrounded by Goodrum’s closest friends and colleagues. Goodrum spared no expense on the most luxurious ocean liners and hotels to accommodate them throughout their trip to England, France, Spain, Italy, Morocco, and Egypt. They returned three months later to an apartment on 11th Street and set up house with May’s mother, Mollie.

May jumped in to the whirlwind of invitations and parties extended to her as J.J.’s wife. They purchased two plots of land on Andrews Drive not far from the Inman’s beautiful Swan House. J.J. and May desired a home befitting their station in life, one in the same neighborhood where most of their friends would eventually reside.

Unbeknownst to J.J., his 2nd marriage would barely last as long as his first. He was diagnosed with cancer in December 1927 and passed away on June 4, 1928. J.J.’s obituaries and his entry in American Biography: A New Cyclopedia, Vol. 46 paint a picture of a man fully engaged in philanthropy and a community who keenly felt his loss. May would continue his work in many of the organizations he was involved in, as well as adding a few of her own.

“His personality was magnetic. It radiated all the qualities that appeal to the affections of others. He never did a selfish thing, or acted in an ignoble way. His kindness brightened the lives of others who he helped and served. He left all he touched with a light and tender feeling of sympathy and affection that will not be forgotten. He possessed the faculty of kindling in others inspiration which was like a burning and shining light within himself.”