Born in 1895 in the Italian city of Livorno to a ship supplier, Athos Menaboni began formal art instruction at the age of nine, studying with the marine painter Ugo Manaresi, muralist Charles Doudelet, and sculptor Pietro Gori. He also attended the Academy of Fine Arts in Florence, Italy, where he developed an appreciation for art and architecture, eventually combining it with his fascination of birds and wildlife.

By 1921, Athos immigrated to the United States, settling in New York City and supporting himself by decorating church candles. Four years later, he moved to Tampa, Florida to become the art director for a real estate development, creating ads for winter homes in local newspapers and magazines. He moved north to Atlanta, Georgia in 1927 and began work on various projects for Philip Shutze, including Goodrum House in 1930. Menaboni set down permanent roots in Atlanta, marrying Sara Regina Arnold in 1928 and eventually settling on six acres in the suburbs. “Valle Ombrosa” became their private sanctuary complete with bird aviary and a greenhouse for Athos’s other passion, bonsai trees.

The breakfast room at Goodrum House is possibly one of Menaboni’s earliest opportunities to depict birds in a mural format. His intricate and wildly creative design for the ceiling includes parrots, dragonflies, and hummingbirds fluttering through a trellis of bamboo entwined with morning glories and grapes. His playful sense of humor shines through in the gilt wall niches replete with whimsical scenes of Asian caricatures heckled by fauna. Like Allyn Cox, Menaboni’s work at Goodrum House was a springboard to larger successes and a national reputation. By the late 1930s, he expanded his subject matter to landscapes, botanicals, and fantasia on silk, cork, and mirrors. His mural commissions included Atlanta’s Capital City Club and various branch offices of The Citizens and Southern National Bank. Twenty years after his work at Goodrum House, he published a compendium of his prints titled Menaboni’s Birds. In 1950, Time magazine declared Menaboni the heir of James Audubon. Over the span of his 94 years, he painted over one hundred fifty different species of birds and received numerous awards from various institutions ranging from the American Institute of Graphic Arts to the American Institute of Architects. 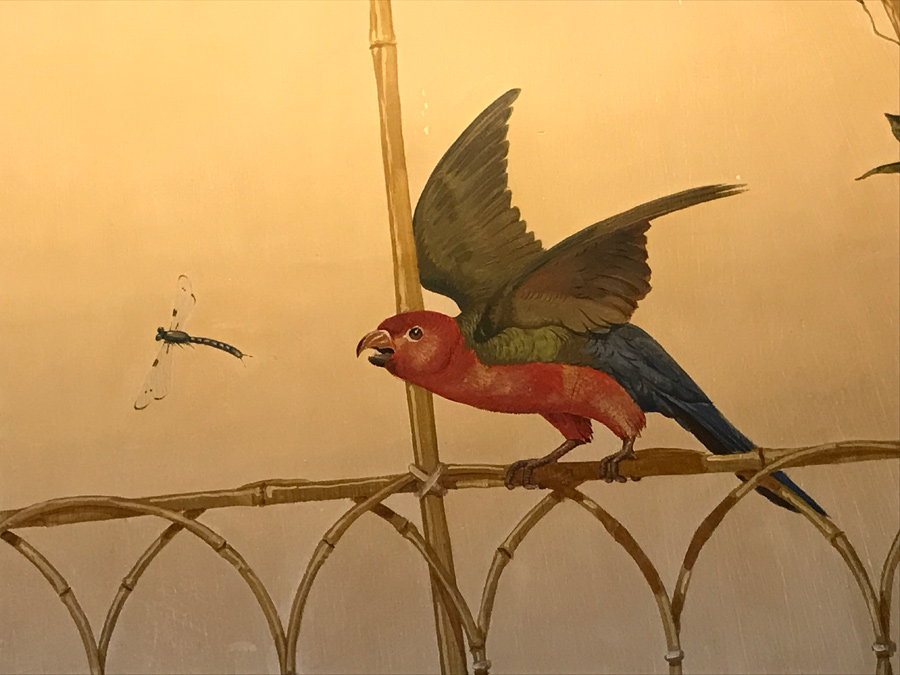 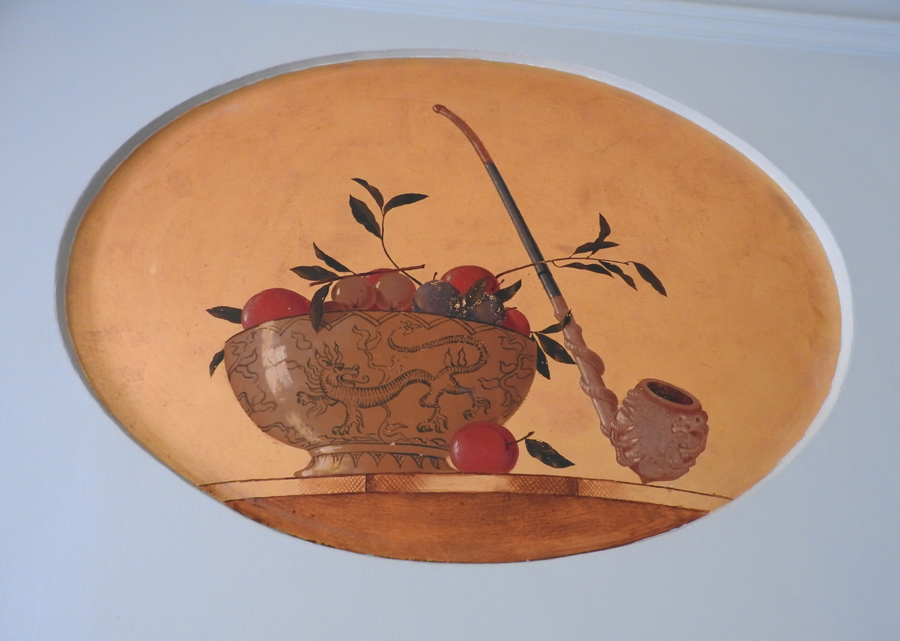 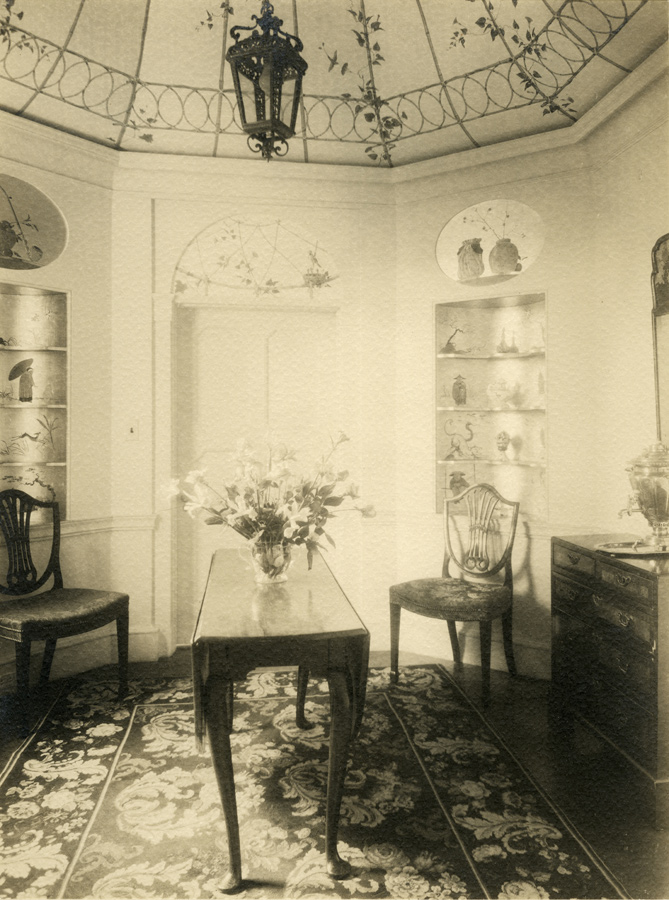 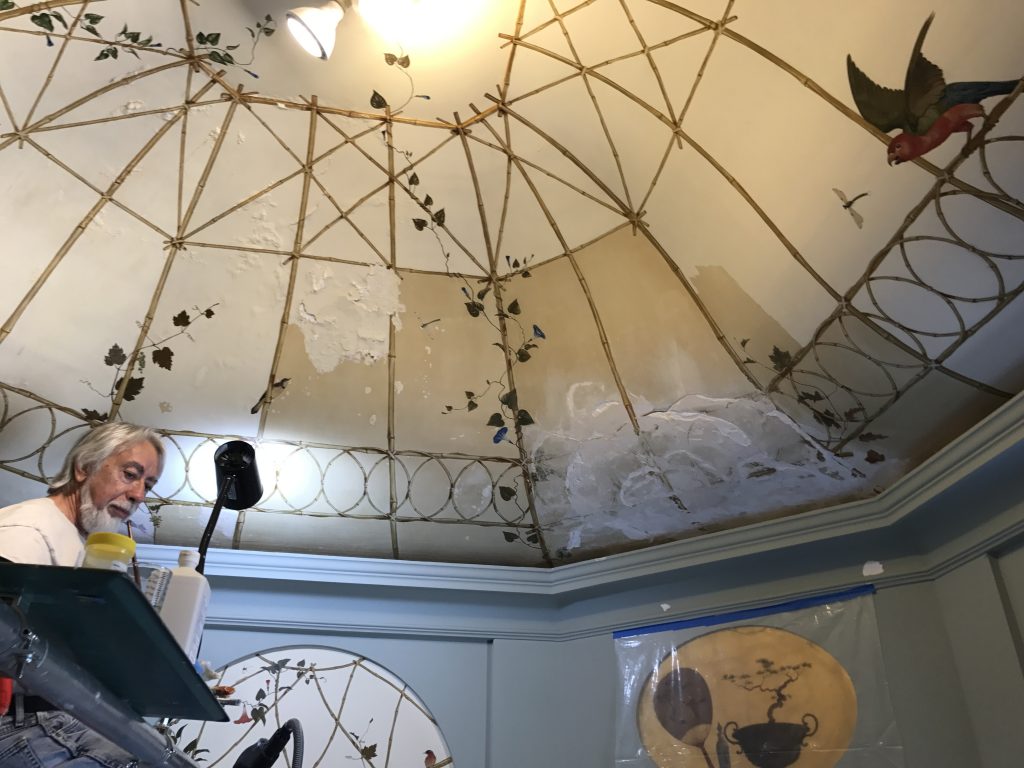 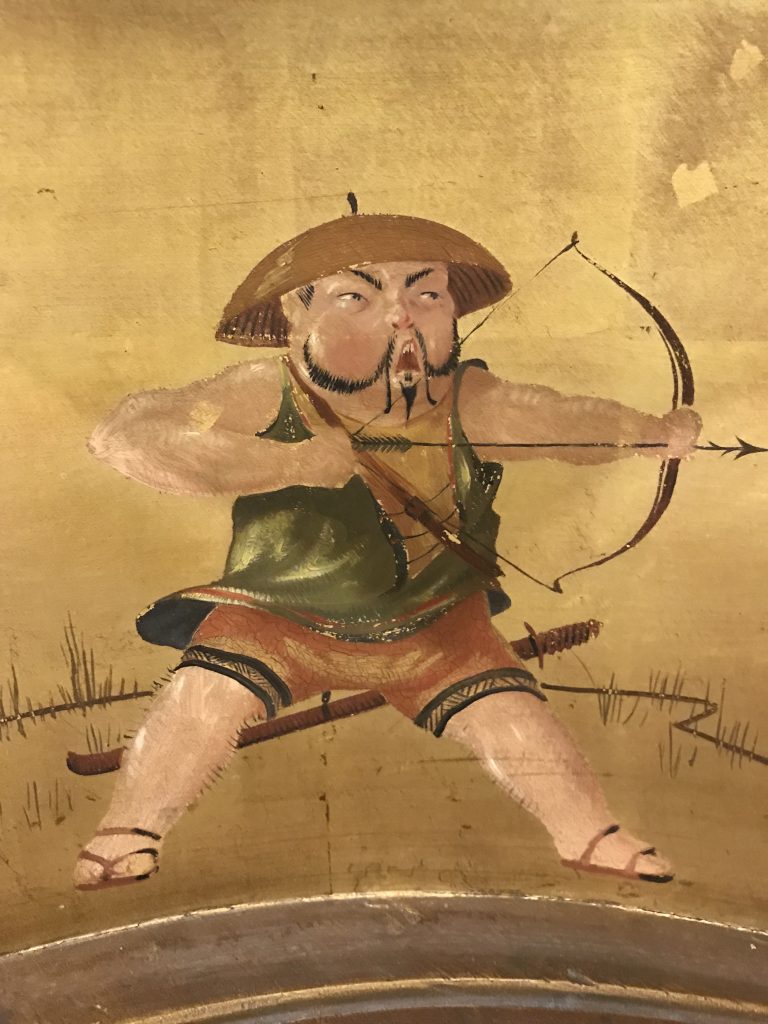